The Real Deal? The Lowdown on Counterfeits You Meet Day to Day 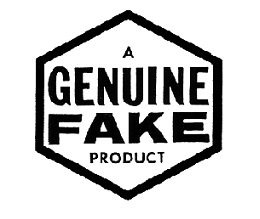 Have you ever bought a knock-off handbag, or been tempted to watch an illegal copy of a film? If you have, you’d be in good company. 90 per cent of adults find the idea of buying counterfeit goods morally wrong, according to a survey in the UK, but many of those asked did it anyway – 42 per cent admitted buying pirated films and music, for example (see chart, below).

Even if you baulk at the idea of buying fake goods, it’s more than likely you’ve used them without even realising it. But there are some simple ways to know whether you’re buying the real deal, if you know what to look out for.

Fancy a cool glass of wine, or perhaps a gin and tonic? Make sure it isn’t fake alcohol, which can be lethal, especially spirits. The problem is that unless they are distilled with care, some methanol can get in. Methanol is much more toxic than ethanol; drink enough and you could go blind and die.

In spite of that, after films, music and clothes, alcohol was the most popular counterfeit item purchased by those UK survey respondents was. In 2014, HMRC, the UK customs authority, seized 2500 litres of fake wine and spirits in a single pre-Christmas crackdown.

So how can you tell fake alcohol from the real thing? The UK Food Standard Agency suggests thinking in terms of four Ps. Watch out when you’re buying the most routinely faked Products, like vodka. If the Price looks too good to be true, it probably is. Shoddy Packaging is another giveaway. And think about Place too; don’t trust booze that isn’t from a reputable establishment.

The UK was hit by a horse meat scandal in 2013, with horse being passed off as other meats and getting into food sold by the nation’s retailers. In July, three men were sentenced to a combined total of 114 months in jail for their part in the debacle.

Food fraud is a broad church; it can also mean labelling cheap cheese as bona fide Parmesan, or diluting premium olive oil with sunflower oil. That makes it hard to say how much of an issue it is, but we do know certain foods to be particularly problematic — manuka honey sales around the world, for example, are five times higher than the amount produced.

There’s probably not a lot individuals can do to detect food fraud, because processing does such a lot to disguise its origins. But the authorities can use DNA tests at random points in the production chains to keep track of what ingredients are really present. The US Food and Drug Administration has published a DNA database for about 250 commonly caught fish, which can be used to identify their presence.

Several supermarkets, including the US giant Walmart, are piloting public databases that show the provenance and processing of each of its food products. These databases use blockchain technology, which can’t be tampered with without leaving traces, so in principle can give consumers more confidence in where their food came from.

It’s obvious why you’d want to forge a banknote, but how much of a problem are they? Our best indication is the number of fake banknotes removed from circulation each year, though the real number of fakes is probably higher. The Bank of England removed 347,000 banknotes in 2016, about 0.1 per cent of the number out there. The figure for US dollars is lower: about 0.005 per cent of the currency in circulation is fake. The US Secret Service seized $30 million worth at the end of last year.

In the UK, £20 notes seem to be the most commonly faked (see chart, below). Shops have been able to spot fake notes by drawing lines on notes with special pens that react to starch in paper, but these will be useless with the transition to new polymer notes. There are, however, other clues to look out for.

Coins can be even more of a problem. In the UK, about 2.6 per cent of £1 coins circulating in 2015 were fakes according to the Royal Mint. However, the new 12-sided £1 — “the most secure coin in the world” according to the Mint — should be much harder to forge. For example, it has an image on the front that changes from a £ symbol to the number 1 when viewed from different angles.

The problem of fake drugs is most acute in developing countries, where as much as 30 per cent of medicine may be fake, according to Interpol. Residents of wealthy countries are on much safer ground if getting supplies from a pharmacy. But don’t try buying drugs online. The WHO estimates that half the drugs sold online are fake. In the last major Interpol operation against the counterfeiters, in 2015, fake drugs worth $81 million were seized and 156 people arrested.

Researchers in Switzerland who studied a range of counterfeit pills recovered from operations like this found that many have similarities, including batch numbers and chemical composition, suggesting that a single sophisticated gang might be behind a large fraction of these fakes worldwide.

Fire up Facebook, navigate to a post by a news organisation and have a look at the comments. Chances are that at least one in 10 is from a fake user. Why? Well, it makes sense for organisations to want “likes” for their pages; it makes them look popular. To cash in on that desire, there are firms offering to sell people likes that it will deliver via bots. Those bots can be programmed to spout certain points of view, making it seem to the casual observer as though lots of real people hold them. It’s sometimes known as astroturfing, because it produces something that looks like grassroots activism, and it doesn’t just affect Facebook.