UATAG at IT Arena 2017: Reinventing the Future without Fakes 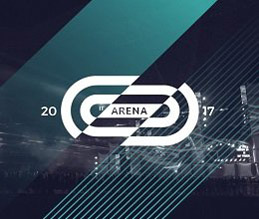 September 29th until October 1st - Arena Lviv Stadium in Lviv, the largest city in western Ukraine and the  7th largest in the country, the IT Arena 2017 conference once again united hundreds of the world’s top influencers and brightest minds.

The event brought together 90+ outstanding speakers, 100 startups and 2000+ IT devotees including top managers of the biggest IT companies, software developers, designers, project managers, business analysts, investors, entrepreneurs, IT students, and government officials.

The three-day conference was aimed at discussing the latest technologies, hottest IT business trends and productive networking. This year IT Arena gathered participants from all over the world. Among them: speakers from the world’s leading companies, top management of Ukrainian and foreign IT companies, local and international media representatives, investors, startups, IT experts and IT students.

Guests of UATAG stand benefited from trying 100% original health pills, that were protected by our solution. They also had an opportunity to try UATAG unique properties with a hammer and a glass plates to see that there no two identical crack patterns just like here are no two identical fingerprints in the world.

Many thanks to all the organizers, speakers, jury, investors, participants, who have shown their interest to UATAG and supported our team with new brilliant ideas. Thank you all for those interesting talks and inspiring new contacts in IT Arena. It was amazing! Great to be part of the rising new generation technology movement!

P.S. Read what journalists had written about UATAG.