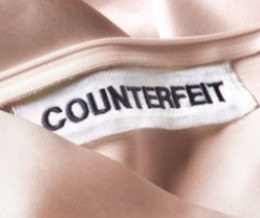 Counterfeit designer goods are big business - and one that's still growing. But, as more designers start to address it on the catwalk as well as in the courtroom, will they have the last laugh? For the issue of British Vogue, fashion features editor Ellie Pithers went behind the scenes of the fightback.

Fakes have always been big business, not least because the spectrum of counterfeited and pirated goods (whereby trademarks and copyright, known as intellectual property, are infringed) is mammoth. From synthetic Viagra to fake brake-pads to rip-off Ray-Bans to infringed trademarks on strawberries (yes, really), faking it has long been lucrative. According to a report published by the Organisation for Economic Co-operation and Development in April 2016, however, the industry has exploded in recent years. In 2007, the value of cross-border trade in fakes was thought to be $250 billion, or 1.8 per cent of total global imports. The latest report estimates the figure was closer to $461 billion in 2013, and 2.5 per cent – the equivalent of the GDP of Austria.

In October 2015 Belstaff won $42 million in damages from 676 websites selling illegal counterfeit goods. Belstaff identified 3,000 websites selling fakes, some 800 of which were managed by one individual in China.

“To the customers who are searching for a fake: do you want to buy from someone who is paid maybe a couple of cents for an hour’s work? Who works in awful conditions? Where that piece that you’re buying is full of chromium and polluting the environment? Getting a fake is almost as criminal as stealing.”

Read the original version of the article on the on http://www.vogue.co.uk/article/fake-designer-goods-counterfeit-pieces